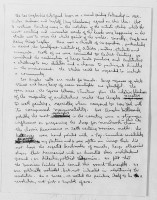 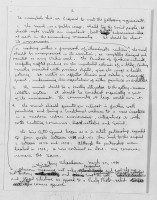 The Los Angeles Fine Arts Squad began as a mural painting partnership in 1969. Victor Henderson and myself (Terry Schoonhoven) agreed on this idea: that to continue painting away in the isolation of the artists' studio while the most exciting and innovative events of the decade were happening in the street was to miss the whole point of the sixties. Secondly, people were doing things together. There was a climate of co-operation, particularly in Venice, the beachfront habitat of artists, writers, students and criminals. Both of us were committed to Realist Painting. we consider the combination of Large Scale Painting and Architecture a challenge to our abilities and a chance to participate directly in the environment. The Studio could be expanded to include a community.
Los Angeles walls are made for murals. Large expanses of white open areas, the spaces between structures plus the relative blandness of the majority of architecture make Los Angeles receptive to wall painting, especially when compared to New York with its compressed monumentality. Los Angeles billboards, probably the most audacious in the country were a stronger influence on me having the stage for mural work in this city than the classical Renaissance or 20th century mexican murals. The best ones were hand painted with a Pop-Surrealist sensibility. My Partners and I were after an image that did not have the expected benchmarks of murals, large allegorical stories that harmonized with or decorated their architecture ground, or didactic, political sloganism. We felt that the Mexican Painters had covered this ground thoroughly. We were politically motivated, but not interested in advertising the revolution. In a sense, we wanted the painting itself to the a revolution, and just a symbol of one.
To accomplish this, we proposed to meet the following requirements.
1. The murals, as public image, should tap the social psyche. It should make visible an important but perhaps subconscious idea at work in the surrounding community. It should be about its environment.
2. Working within a framework of illusionistic realism—illusionism in this context meaning not only perspective and fold the eye, but high fantasy and time displacement dream narrative as well, and staged situations as opposed to a purely photo-realist edited camera approach—the mural should be uncompr———— in its execution, as completely design and painted as any studio work. The paradox of finding (intrealt), carefully crafted painting on the unpa—— exterior of a bldg, painting usually associated with precious object, gives the image a double potency. It create an effective illusion and catches a viewer off guard, undermining his expectations of either painting or architecture.
3. The mural should be a healthy alternative to the gallery-museum, collector siptim—.) It should be considered organically a part of its environment. The community at large would own it.
4. The mural should generate an inter in further wall painting and bring a traditional medium to a new importance in a modern urban environment, integrating it with 20th century concerns, both esthetic and social.
The Fine Arts Squad began as a 2 artist partnership, expanded to four people between 1969 and 1971, then back to the original 2 between 1972 and 1974. Although the partnership was dissolved in 1974, I have continued on alone. My concerns remain the same.
Terry Schoonhoven
March 30,1980
Collection Archives of American Art, Smithsonian Institution,
Terry Schoonhoven Papers, Donor Terry Schoonhoven
Transcribed by Tom Kracauer
CalArts Library, 2013